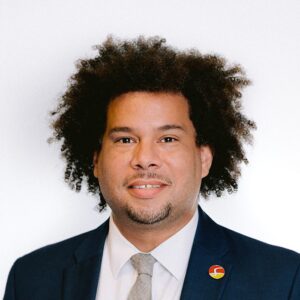 George Deveney has accepted the role of Vice President of New Site Development. Previous to his new role with Surge, Deveney spent the last seventeen years at City Year, an education non-profit organization dedicated to helping students and schools succeed. He worked in recruitment before leading the launch of their second international affiliate in London and went on to work in partnership with local stakeholders and champions to launch new City Year programs in nine cities across the United States. In his new role, Deveney will lead the charge of ensuring that Surge’s vision and impact continues to extend across the national education landscape by leading the charge towards setting the groundwork for new locations where there is a need for Surge’s programming. “This is an exciting time to be joining Surge Institute as we continue to empower leaders and elevate voices in the cities we currently serve while being responsive to cities across the country who are seeking to bring our powerful and unique model to their communities,” said Deveney. “The impact that Surge Institute has already had provides a strong foundation to build on, and I look forward to being part of the future.” 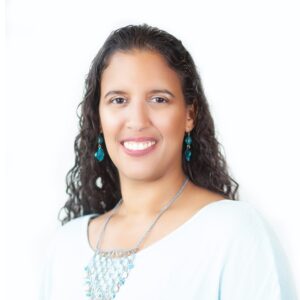 Next, Surge welcomes Noemí Cortés as the new Program Director for the Surge Academy. Cortés joined the  Surge team in July of 2018 as a consultant Program Manager for Surge Academy in Kansas City and comes with a breadth of experience as a classroom educator, pre-service teacher professor, and school administrator. Cortés brings a critical consciousness to leadership development and understands the critical tenets of adult learning needed to lead the Surge Academy to the next level. “I’m excited to bring the powerful, healing work of the Surge movement to more folks of Color across the country. I am even more excited to be heading back to Kansas City to continue the work we started just one year ago,” said Cortés.

Lastly, Sam Wong will be joining the Surge team as the new part-time Development Coordinator. Wong joins as a staff member who will support Surge’s donor gift operations, playing a pivotal role in ensuring that the organization reaches its national short and long-term fundraising goals. For the past 4 years, Wong has worked as the Database Manager for San Diego LGBT Community Center, five years as a Human Resources consultant for BMO Harris Bank, and over the last 14 years served as a volunteer for both BMO Financial Employee Resource Groups Chicago, Illinois, and the AIDS Walk in San Diego.

The Surge Institute is blessed to have these leaders joining the team and looks forward to working and collaborating all in the effort of expanding and fulfilling Surge’s mission!