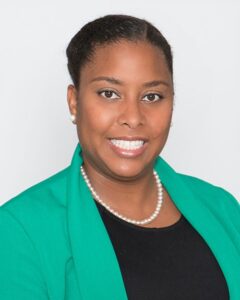 2016 Surge Alumna Khadeejah Lasuc-Lewis has accepted the role of Vice President of Talent and Training at Chicago Scholars, an organization that uniquely selects, trains, and mentors academically ambitious students from under-resourced communities to complete college and become the next generation of leaders who will transform their neighborhoods and city. In her new role, Khadeejah supports, celebrates, develops and coaches staff and other stakeholders at Chicago Scholars.