(Chicago, IL) The Surge Institute would like to warmly welcome Soledad Alfaro to the National Leadership team as the new Chief Operating Officer. Soledad is a brilliant leader who will leverage her passion and expertise in strategic management and organizational effectiveness to further drive Surge’s impact. As COO, Soledad will also build and develop Surge’s organizational capacity and support the national expansion of Surge Institute programming, such as the Surge Academy and the Surge Fellowship. 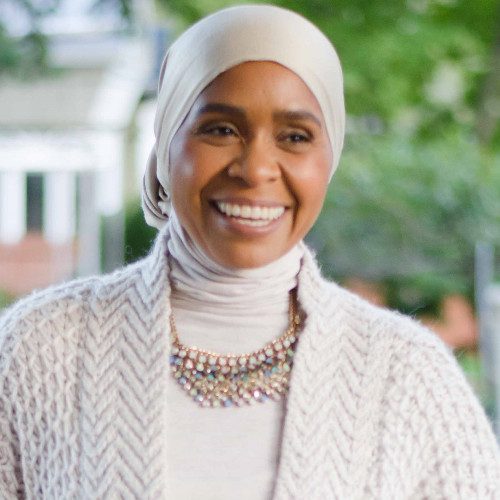 Prior to joining the Surge Institute, Soledad served as Chief Administrative Officer at Philadelphia International Airport. There she led several functions including strategy, human resources, information security, diversity and inclusion, and administrative operations. A mission-driven Afro-Latina with a passion for education, she first began her career as a biology teacher and has also served as the Deputy Chief of Staff for the Mastery Charter School Network. In addition, Soledad has experience working in non-profit education organizations to build internal capacity, develop systems, and advance strategy, all in support of educational equity for children and communities of color.

“I believe dismantling the pervasive, structural inequity in American educational systems requires exceptional leaders committed to lasting, sustainable change. I am thrilled to transition back to the education space into an organization focused on developing leaders who will transform education and create a new reality for communities of color,” said Soledad. “I am looking forward to supporting the Surge movement during this extraordinary time of growth and am excited to build an organizational infrastructure on a very solid foundation.”

Soledad earned her MEd in Urban Education and Leadership and MBA in Strategic Management, respectively, at Temple University as well as a Bachelor’s Degree in Biology from the University of Colorado. She will succeed Connie Casson, founding COO for Surge who has fulfilled the role since 2018. Connie has been a key architect behind the expansion and evolution of the Surge Institute since its inception and leaves the organization and incoming COO set up for ongoing success.

“Our team early on was blown away by Soledad’s wealth of experience in both the public and private sector. She brings a level of humanity to this complex work that made us feel like she was already a part of the team. She will be an amazing addition to Surge as our new COO,” said Rodney Thomas, Interim President for the Surge Institute.

The Surge Institute is truly amidst a series of milestones and welcoming a fellow champion in education to the National Leadership team signals excitement for what’s ahead for Surge in 2021.

ABOUT SURGE: Founded by Carmita Semaan in 2014, the Surge Institute’s mission is to educate and develop leaders of color who create transformative change in urban education. Surge is the preeminent pipeline addressing the dearth of leadership of color at the decision-making tables within education. Through its national programs,Surge educates, empowers and energizes educational leaders of color who will create transformative change in the communities they serve.

MEDIA CONTACT: For an interview with Surge or to learn more about the organization, please contact Christopher Paicely at chris@surgeinstitute.org.